Just as the Chik-fil-A PR disaster is finally dying down, another fast food giant has made a similar faux-pas. Papa John’s pizza CEO John Schnatter was quoted as saying that costs incurred from the president’s new health care initiative would be passed on to customers in order to protect shareholders.

“We’re not supportive of Obama Care, like most businesses in our industry,” Schnatter said, according to Politico. “But, our business model and unit economics are about as ideal as you can get for a food company to absorb Obama Care…If Obama Care is, in fact, not repealed, we will find tactics to shallow out any Obama Care costs and core strategies to pass that cost onto consumers in order to protect our shareholders’ best interests.” 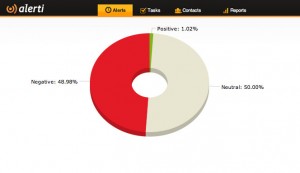 As illustrated by the graph above, Facebook and twitter were ablaze with criticism for Schnatter and for Papa John’s following the release of the comment, both for speaking critically of “Obama Care” and for the company’s willingness to spare shareholders at the expense of customers.

Papa Johns’ and Chik-fil-A’s ventures into political debates were pretty disastrous, but, their loss can be your gain if you use their poor example as a cautionary tale and a learning experience. What these companies demonstrated is the importance of staying out of sensitive political dialogue – especially when it isn’t even related to your business. If any issue has two strong oppositional sides, any non-objective statement you make is not going to go over well with a lot of people. Rather than potentially alienating a large percentage of your customer base, instead choose to remain objective, unbiased, and maintain distance between your brand and any debate over politics.

In this week’s episode of the Future of Engagement, Murray Newlands talks about where Papa John’s went wrong, how to avoid similar mistakes, and why getting involved in politics is bad for your brand.