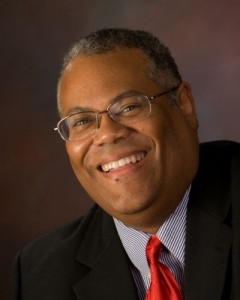 Tell me about your company?

I have two companies, and a lot of other stuff I do. My main company is called T. T. Mitchell Consulting Inc (http://www.ttmitchellconsulting.com), and I’m a health care finance consultant. I also do leadership and management seminars, have written a book on the subject, and have a CD series.

How did you get into affiliate marketing?

Years ago I wanted to try to find another way of making money so that I’d have something to help buffer me during down times with my consulting business. I bought Robert Allen’s book Multiple Streams of Internet Income and decided to try some things.

What was your biggest challenge getting into affiliate marketing?

Trying to decide what to do, then having the time to really work on it. The first site I purchased was my Services and Stuff site, and I don’t think I’ve ever gotten it right, based on my initial vision.

What are the main things merchants do that you wish they wouldn’t?

I hate saying it this way, but there’s a lot of lying going on, and I don’t like it. When you catch one in a lie, then you don’t trust anyone, and I think that hurts the rest of us trying to do things honestly.

What are the main things affiliates do that you wish they wouldn’t?

I see a lot of them deciding that someone’s not making them enough sales and dropping them. How is it hurting the company to have someone out there promoting them, whether they’re making sales or not?

Where do you see growth in the affiliate field?

Actually, I don’t see much growth at all. I think laws like what’s happening in New York, where I live, and California, saying that affiliates now have to collect taxes if any of their affiliates live in those two states, are going to grow all over the country. I’ve had many affiliates drop me because I’m in NY state, and I’m sure the same thing is happening in California. If the cost of doing business is going to cost more in man hours, affiliates are going to back away.

What new ideas are advertisers coming up with to take advantage of new traffic sources?

The only real idea any of them have come up with is to try to immerse their advertising in RSS feeds, which I feel is going to alienate some people eventually. Look at the heat Facebook took, and even though many people believe Twitter deserves to make money, there’s going to be some moaning when they eventually figure out what to do. I don’t think there’s any way to make anyone happy.

I’m on the board of an organization called Arise Inc (http://www.ariseinc.org), which helps disabled people live independently in their communities. We’re a $10 organization, and I’ve been a board member for almost six years, and presently I’m also the finance committee chairman.

What do you do that is green?

I don’t think I do a lot. I do recycle, and I’ve cut down on my water use after reading many blogs postings on World Action Day talking about countries that have little potable water; I’d never thought about it before.

Outside of my online persona, I’m fairly quiet in person until I know someone. Online, I’m everywhere!

What is on your iPod?

Don’t have one; I put songs on my Palm instead.

I’ve loved so many books. The thing about books is that your favorites are always something you’ve read relatively recently that’s touched you in some fashion. With that said, right now it’s, believe it or not, Harry Potter and the Deathly Hallows.

I don’t do a lot of instant messaging, but if you go to any of my websites or blogs, I have my contact information plainly visible. I’m not ever hard to reach; that wouldn’t be good for business.

What events do you go to?

I don’t go to as many events now as I used to; almost 50 after all. I will go see movies I want to see opening night; always opening night. Other than that, an occasional concert at the symphony.

Who would recommend you and why?

I have to admit that this one’s hard. I think different people would recommend me for different things, and I can’t name anyone because I’d never presume to speak for anyone else. But I get lots of praise on two of my blogs, so we can start there. And my wife and mom think I’m pretty good also. 🙂

Who would you recommend and why?

If we’re talking about affiliate marketing, I always start with Lynn Terry because she’s just the nicest marketer out there, and she’s also good, often ranked in the top 15 internet marketers in the world. I trust her, and she’s not always selling, rather, pushing things on people. She’s a great model to follow. As far as learning how to make money online by other methods, I’d recommend Darren Rowse, also known as Problogger. Not so much some of the stuff published now, because a lot of it is written by others, but go back to 2006 and start reading from there, and you’ll learn a lot.

What one thing can people do to help you?

They can read this interview, then come by my blog, see what I have to say, and if they like any of it spread the word. I have a pretty local following, but I’d love to have more. I promise everyone that they’ll never get anything except original stuff; I don’t copy anything, and though I may cover the same topics as others at times, you can bet that after you read what I’ve written that you’ll say “I haven’t seen anyone else say it that way”, no matter what it is.