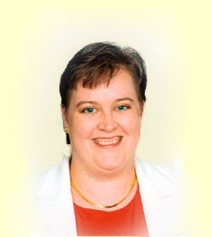 Tell me about your Blog?
CrystalsQuest.com is about the journey to reclaiming self-esteem in the face of all the negative messages we’re bombarded with today. They’ve done studies that have found kids get negative message at a ratio of 100:1 to positive messages. As adults, I believe the ratio is even higher. We’re raised to believe we’re never going to be good enough, getting constant messages of what our lives are supposed to be like – apparently we’re all supposed to be wealthy supermom business executives that maintain flawless figures and makeup despite cramming the equivalent of 4 days commitments into 16 hours, somehow. The role models we’re given never resemble real life, so those insecurities about where we fall short leave us powerless. That makes us easy to manipulate into signing our lives away with jobs, gym contracts, tv subscriptions, alcohol clubs etc.

My mission is to put something out there that counteracts those negative messages. I believe wholeheartedly that your value doesn’t come from what you do, what you own, earn or even who you know. You are valuable simply because of who you are. When you believe in yourself at that core level, you can change the world. It’s not an easy thing, to look at yourself and learn to love what’s there. But it’s a very powerful thing. I had help show up when I needed it. Now I’m putting that back out there for others through my site.

What was your first blog?
I had a really tragic netscape page back in the late 1990s. I think the wayback machine even has a snapshot of it, but I don’t want to look…

What is the biggest tip you would give to a newbie blogger?
Don’t self-edit. Sure, spelling mistakes are a good thing to fix, but if you hold back on what you believe because of what you’re afraid people might think, then how are you ever going to make a difference? Getting a controversy going says a lot about how deeply you’re touching your readers.

What do advertisers do that you wish they wouldn’t?
Push on those insecurities I mentioned. The basic message of most advertising is “you aren’t good/popular/happy/sexy enough without widget x. Buy widget x and your life will be so much better.” Then, after years of widget buying and ‘retail therapy’, you find yourself still not feeling good enough, popular enough, etc (well, you’re still getting advertising messages, aren’t you?) so on some level you start questioning what’s wrong with you. That’s a huge downward spiral.

I’d love to see more socially conscious advertising, where the power of the medium is used to push positive messages. Down here in Australia, the Rebel Sport “everyday people” campaign is a good example.

What do bloggers do that you wish they wouldn’t?
I tend to lean towards a ‘live and let live’ philosophy and love how people are following their individual journeys creating their outlets online, so I don’t like to judge. There’s plenty of room for difference in a world this big. That said, though, the one thing that really puts me off is blatant sales pushiness. I am more than the contents of my wallet, and I resent being treated as though that’s all that matters about me.

Where do you see growth in the blogging field?
I believe, as with internet sites, blogs will become narrowed more and more to niche topics. Where everybody is trying to position themselves as experts right now, though, I see an opportunity for people to come in and position themselves as absolute beginners. Much like the ‘idiots guide’ books. If you’re looking to learn about something you’re clueless on, would you go to the advanced textbook or the ‘Dummies’ book first.
Secondly, besides the major online blog personalities developing now, we’ll probably see the growth of blogging teams, so that sites can cover a wider range of topics within their field. As blogging becomes a business, it’ll have to move away from being personality based, otherwise it’s forever dependant on that one person. Sites will have to develop brands of their own, distinct from the people that blog on them. Lifehacker is a good example, and a pioneer in that area.

What do you do to improve the world?
Work on improving myself, stay positive as much as possible, do random acts of kindness where I can, and try to think about what kind of world my thoughts and actions are helping to create. We do create our own reality, and it can’t be coincidental that after 20 years of a steady visual diet of hollywood drama and action flicks, we’re seeing an increase in natural disasters, war and violence – our evenings are spent watching movies and shows focusing on those very things. It scares me that the kind of stuff they’re airing now are almost without exception about crime, murder, violence, disasters and/or destruction. I choose to avoid watching them. If I spot anything positive or uplifting, I definitely try to tune in, but it’s unfortunately not too often.

What do you do that is green?
Green smoothies. Oh, sorry, you meant environmental? Well, I’m vegetarian, recycle and don’t own a car. Only one of those 3 is by choice, though.

What is one thing about you that not many people know?
I hate stereotypes. So much so, that when I signed up for bellydancing lessons, I did motorbike classes at the same time. I figured that way nobody could come up with a single box to put me in!

What’s your favourite book?
All of them, especially anything SFF, although I just read Dan Brown’s latest and loved it. I wish you could learn Noetics and Quantum Physics by correspondence – neither of them are offered at any of the local Universities (Colleges). SFF authors I particularly love are Raymond Feist, Janny Wurtz, Kate Forsyth, Terry Goodkind and Robin Hobb.

What is on your iPod?
I don’t own one. When ‘everyone’ has something, then I will deliberately do my best to avoid it. I do, however, have a necklace style 1GB MPIO mp3 player I’ve had for several years, which I fill with positive songs when I find them (like Natalie Bassingthwaite ‘Someday Soon’), downloads from the web (I do a lot of courses online) and self help or meditation tracks for the train journey home.

What are your contact details (email, company, blog, facebook, myspace, forums, etc)?
I’m on twitter as @crystalsquest, and there’s a contact form on my blog. I may take a bit to get back to people, since I’m still paying the bills with a dayjob, but I do my best. Forums I haunt tend to be stevepavlina’s, digitalpoint, zenhabits, and problogger’s new community.

What events do you go to?
Not a lot, since they don’t tend to happen as often downunder in Australia. There is one success seminar coming up in Sydney that I’ve booked in for, the first one I’ve gone to for a few years. I’d dearly love to go to more IM events, but most of them are in the US and that’s a major expense – they charge us a lot to get off this little island…

Who would you recommend, and why?
1. Jonathan Mead of http://www.IlluminatedMind.com . His philosophy is that he only chooses the outstanding posts to publish, and doesn’t bother with the rest. His stuff is pure quality.
2. Leo Babauta of http://Zenhabits.net  – he’s created a life of simplicity and peace that you can see through his writings. He’s very generous with sharing his knowledge, learning and experience, too.
3. Darren Rowse of http://Problogger.net  – a great example of a blog with a focus on delivering value through useful content. A fun guy, too.
4. Yaro Starak of http://www.EntrepreneursJourney.com  – seriously individual and makes no apologies for it. I love that. He reminds me of “Young Einstein”, and not just because of the hair.
5. Steve Pavlina of http://www.stevepavlina.com  – not for the faint hearted, there is absolutely NO self-editing on this blog. If you’re easily offended, or like to toe the ‘socially acceptable’ line do NOT go there. If, on the other hand, you like pushing boundaries and exploring self development then it’s a great site. This is where I got the concept of the ’30 day trial’ I’ve used several times.
6. Pete Williams of http://www.preneurmarketing.com/  – love how he takes ideas and runs with them. A fantastic role model.
7. Jonathan Goins of http://themysticshaman.wordpress.com/  – there is more to heaven and earth, Horatio, and Jonathan (@quelson) is unashamed to explore it publicly.
8. Mark Joyner of http://www.simpleology.com * – it’s a fantastic organisational tool, offered free, and he’s now left IM to pursue world-impacting humanitarian goals. (I’ve made several mentions of how I use it at my crystalsquest.com blog) – he’s on twitter as @markjoyner
9. Janet Switzer of http://www.instantincome.com  – One powerful, no-nonsense lady who not only doesn’t believe in the glass ceiling – she probably considers it floor level! If you ever get the chance to see her talk, it’s a great chance to see what you can achieve when doubts don’t get a look in.
10. To finish up, there’s a couple of offline authors I think are fantastic. Three books that are absolute must-reads: “One Minute Millionaire” by Mark Victor Hansen & Robert Allen, “The Way of the Peaceful Warrior” by Dan Millman, and “You, Inc. – Discover the C. E. O. Within” by Burke Hedges and Steve Price

What is one thing people can do for you?
Believe in yourself, and start taking small leaps of faith towards living your dreams.
Imagine the world we could live in if we all let go of those trained insecurities!!!