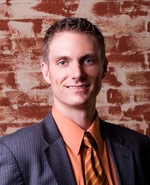 Tell me about your Wildfire Marketing Group?

I founded Wildfire Marketing Group as a marketing firm that specializes in helping companies make an impact online (website design, Internet marketing, SEO, email marketing, etc.) and over the years, we’ve gone on to help a wide range of clients achieve spectacular results.

What was your first experience of social media?

I guess that depends on how you define social media. I remember using old-school bulletin board systems through a 14.4k modem in the early 90s; the basic concept is the same as any of the social networks everyone is familiar with today, the only difference is the technology itself. The idea was, and still is to connect with people. I’ve dabbled with social media, but I certainly wouldn’t call myself an expert by any stretch of the imagination.

What is the biggest tip you would give to a newbie in social media?

Always remember that “media” is the second and least important part of the phrase. Success in social media hinges on adding value to the relationship. You wouldn’t walk up to someone on the street and start pushing your products and telling them how great you are, but that’s exactly what people do when they start working with social media. A lot of people buy into the idea that all they need to do is build a large network of contacts. In the real world, it doesn’t work that way because people look out for their own self interests, and rightfully so. Having 20,000 people following you on Twitter just because you’re following them won’t do anything for you. Those kind of people will be too busy looking for new followers and posting their own tweets to ever read yours. Connect with people that truly interest or inspire you, and pass it forward.

What do advertisers do that you wish they wouldn’t?

This could become a really long list but I’ll just give you three.

1. Copy other ads. Whenever a particular ad campaign is successful, you’ll see countless companies trying to put their own spin on it. The “Got Milk” campaign, launched in October ’93, was tremendously effective and increased milk sales nationwide after a 20-year slump. Today, sixteen years later, you still see companies blindly copying that ad. I’ve seen so many variations, such as “Got Realtor,” “Got Home Theater,” “Got VoIP” – and none of them work. When you copy another company’s ad, especially a well known ad with nationwide exposure, people think of the larger company instead of yours.

2.Spread their advertising too thin. Over the years, I’ve probably talked to hundreds of people in fairly competitive industries who wanted to “try out” a few hundred dollars to see what happens.The rule of thumb used to be that your prospects need to see your advertising at least seven times before they will remember your company, but that number is much higher today as people have become increasingly numb to ads. Running a few commercials on television or tossing a banner on a website here and there is about as effective as throwing your money away. To get the most from your advertising dollars, you need to generate critical mass. If you can’t afford to spend enough to do that, keep investing your advertising dollars in the mediums that are already working for you.

3. Not measuring performance. John Wanamaker is famous for saying “Half the money I spend on advertising is wasted; the trouble is I don’t know which half.” John passed away in 1922, long before entrepreneurs had any of the tools and resources available today for tracking the performance of their advertising. If you had the chance to take an inside look at most companies these days though, you’d find that many of them still have no idea how much they’re wasting. If you know which aspects of your advertising work and which don’t, you can easily make any necessary adjustments. That means immediate savings and increased profits, and if you put the money you saved back into your effective campaigns, you’ll generate even more revenue.

What do bloggers do that you wish they wouldn’t?

Take themselves too seriously.

Where do you see growth in the social media field?

That’s a great question, unfortunately I don’t have an answer. There is a lot going on in social media and new sites are popping up everyday. Everyone used to think that the market was pretty much closed off to any new players and then Twitter came along, so just about anything can happen if someone comes to the table with a unique and useful idea.

What new ideas are advertisers coming up with to take advantage of new trends?

I think that advertisers are utilizing more targeted advertising than ever before. There has been a lot of advances that allow us to focus on an incredibly tight demographic, which means more conversations. It’s not just online, either. Clear Channel Outdoor has been expanding their digital billboards, which allows advertisers to change their ad several times throughout the day. For example, McDonalds changes their ads to promote breakfast, lunch or dinner items based on the time of day. This extremely targeted and relevant advertising is only going to continue improving, which means better conversions for the advertisers who are willing to put the effort in to test and refine their campaigns.

Well, I’ve put a lot of work into growing my company so that we can help more people successfully launch and grow their own companies. We also do pro bono work and donate to charity where we feel it will add significant value to the community.

I started my first company at 22 years old and failed miserably, but I walked away with more knowledge than I could have ever learned from any university. I also walked away a few hundred thousand dollars poorer, but I wouldn’t trade that experience for anything.

You can always reach out to me through our website, or on Twitter, Facebook and LinkedIn. I don’t spend much time on very many forums these days.

How do you prefer to communicate?

Phone, email, Twitter…it all works fine for me. Really, it’s whatever works best for my clients.

Who would you recommend, and why?

It depends on what you’re looking for…In no particular order, I recommend:

Aaron Wall: He’s one of the most forward-thinking, knowledgeable SEO experts out there, and has recently reopened SEO Book to new members. For those who aren’t familiar, SEO Book is a membership site that has some of the best SEO information you’ll find anywhere, along with tools, resources and special discounts on tons of products and services from other companies. In my opinion, if you’re responsible for driving traffic to your company’s website, you need invest in a membership on his site; you’ll make your money back several times over.

Donna Fontenot: She took her 25 years of corporate experience and used it to create her own work from home opportunity. What most people don’t know about her is that when she first got started, she went though several failed attempts and had a tough time turning a profit, which is a good thing because she’s been through the proverbial “trial by fire” and came out on top. Anyone thinking about starting their own business should listen to what she has to say at DazzlinDonna.com.

Shane Pike: He has worked with some of the biggest names during the dot com boom, launching and selling his own companies in several industries along the way. He’s unbelievably generous and humble, and he shares some really innovative ideas on building companies at AskShane.org. You can save yourself a lot of time and avoid major setbacks by applying what you learn from his experience.

That’s a great question, but I don’t like to ask people for favors unless they are friends or employees of mine 🙂